Omega and The Olympics:
A Time Honored Tradition

The 2020 Olympics are upon us! Yes, it is 2021, but better-late-than-never, right?! The Summer Games, hosted this year in Tokyo, were rescheduled due to the COVID-19 pandemic. As we crawl our way back to ‘normal’, the Olympics give us a chance to engage in some friendly competition on the world stage. At JB Hudson, we’re honored to be partners with the experts at Omega who are the exclusive and official timekeepers of the Olympic Games. 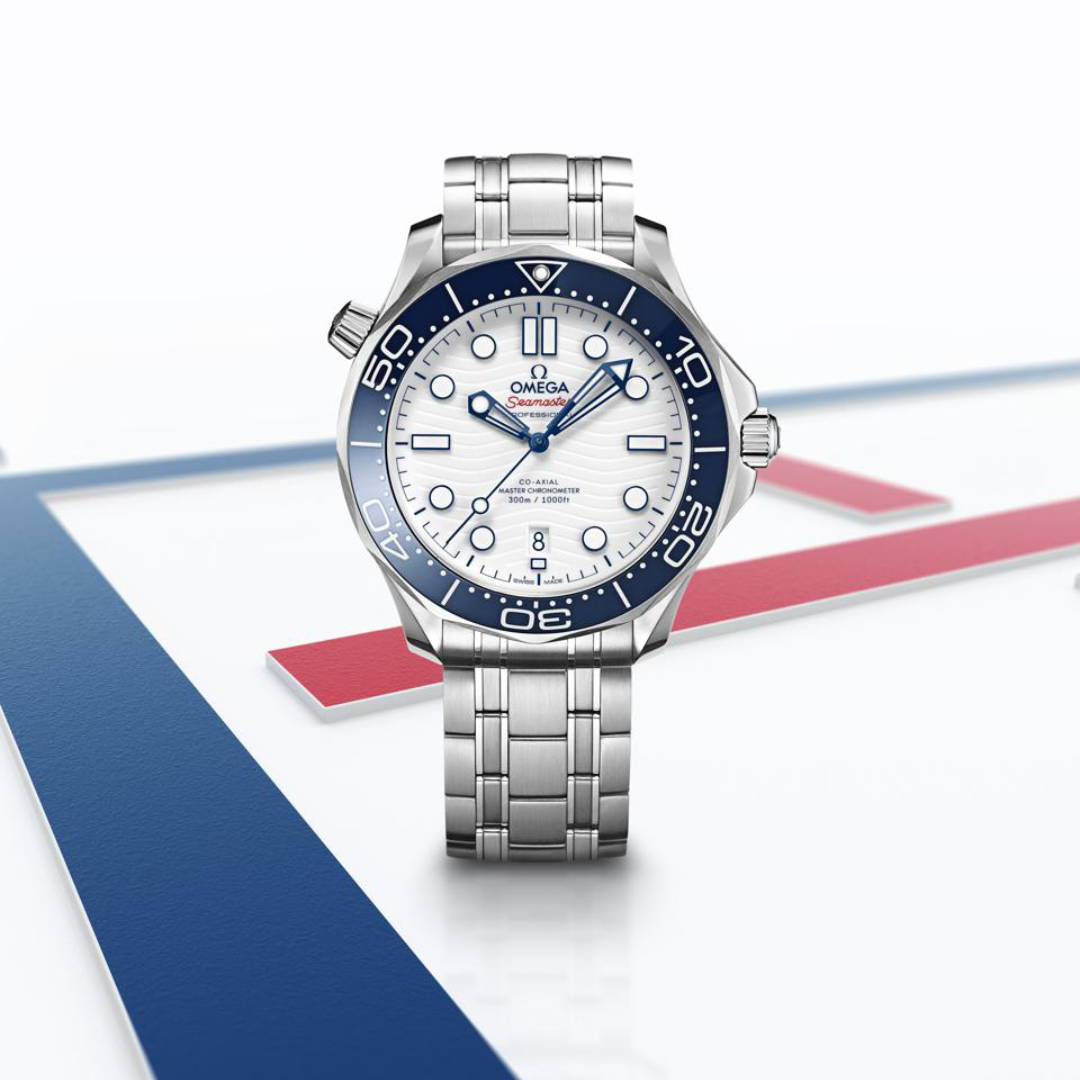 The relationship between the Olympic Games and Omega all started in 1932, when the Olympic Committee invited Omega to time the games for the first time. Just a year previous, Omega had swept the timekeeping trials in Geneva—a feat that cemented them as the most accurate watchmaker the world had ever seen.

To celebrate the rich heritage and community that the Olympic Games foster, Omega is proud to introduce no less than five exclusive Tokyo 2020-edition watches. Each of these five pieces pays homage to the enduring partnership between Omega and the Olympics with edition-specific engraving and colorways.

One of our favorites is the exclusive Tokyo 2020 Diver 300m Professional, ref. 522.30.42.20.04.001. With the already-stunning polished ceramic ‘wave’ dial in white, the watch is complemented by the exclusive blue ceramic rotating bezel. The open blue hands and hour markers work to complement the red Seamaster logo displayed proudly under the 12 o’clock marker.

On the exhibition caseback, you’ll find the signature Olympic rings displayed against the beautiful in-house movement, the Co-Axial Master Chronometer cal. 8800. The watch is presented in a commemorative white box with signature Tokyo 2020 Olympics details throughout. This exclusive 300m Professional is but one of the five exclusive timepieces released by Omega to commemorate the Tokyo Games—see the rest of the collection here.

JB Hudson has been a proud partner with Omega, and we look forward to continuing that relationship. For more information on any of the Olympic edition watches, or the rest of the Omega collection, contact us here.